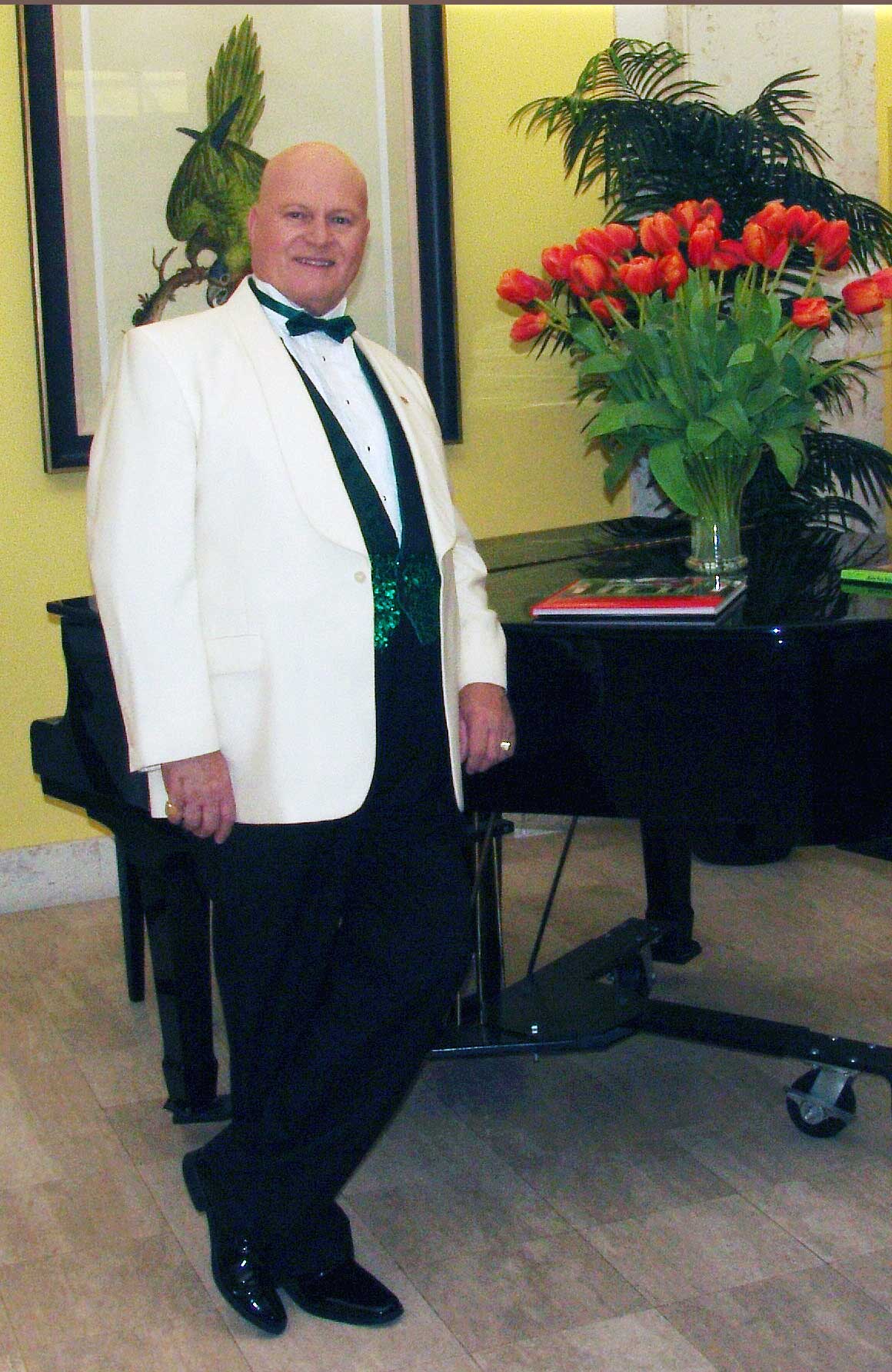 Ken is a native of Waterford, Ireland, hence his familiarity with all the Irish songs his fans adore. For many years now he has been performing in USA venues, from large concert halls, to small intimate pubs and restuarants.

Over the years, Ken has been a mainstay entertainer at Harrah’s Casino/Hotel in Atlantic City and performed on many Luxurious cruise lines and show rooms throughout the USA, from Connecticut, New York, Pennsylvania and Florida. He is equaly comfortable performing solo with his keyboard and elaborate state of the art sound system, as he is with a full orchestra behind him.

His extensive repertoire includes some Classical selections, the contemporary sounds of Sinatra, Humperdinck, Joel and Broadway Show tunes, to all the favourite Irish melodies. His acclaimed rendition of “The Phantom of the Opera”, is truly a musical spectacular to be seen and heard.

Ken’s four octave voice is as clear and resonant as the crystal he cut in Waterford before his showbiz days. Ken is an outstanding performer who reaches each and every audience member - young and old.

When this smiling six footer sits down at the ivories, the air tranforms into the friendliest outposts in town. His ballads bring silent attention. The novelty songs - laughter. While the up-tempo tunes and sing-alongs create instant friends.